You are here: Home1 / “Running better together” 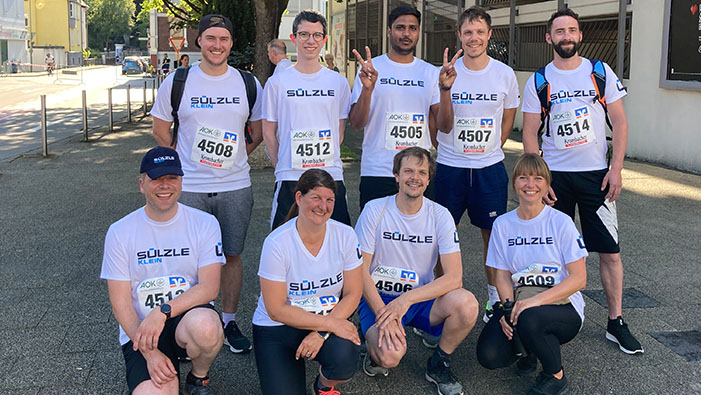 The time had come again. After a three-year break, around 5,000 participants rang in the countdown to the 19th Siegerland AOK company run on the evening of 22 June. Among them: nine colleagues from the SÜLZLE KLEIN team in Niederfischbach. The 5.5 kilometres through Siegen’s city centre were accompanied by many onlookers, musical contributions and terrific weather. As the finish line shows, the course was completed as a group, freely following the motto: “Running better together”. In the evening, the beautiful event was rounded off by a fireworks display. Thanks go to Flemming Kühn, who took over the organisation for SÜLZLE KLEIN in advance.